The emotional pull of advertisements: How emotional reactions relate to purchase intent

The emotional pull of advertisements:
How emotional reactions relate to purchase intent

Market researchers, advertisers, and consumer scientists have long been aware of the intense relationship between emotion and consumer behavior1, and the interplay between emotion and advertising2. Advertisers make use of this knowledge by tugging on our emotions: they employ cute animals and babies, remind us of when we were kids, condition us to react to certain jingles, etc; all of these practices are designed to create an emotional bond between the consumer and the product.

How do consumer researchers, trying to harness consumers’ emotions, actually assess emotionality? With technological advances over the past fifty years, researchers can go beyond self-report, and do more than simply asking the consumer “Tell me how this ad makes you feel”. Instead, researchers began utilizing methods such as implicit reaction time tests3 and neuromarketing4. These methods both get at unconscious drivers of decision making, yet neither looks at the one place where emotions are displayed: the face.

Why is emotion important, and how do we assess it?

In the past fifteen years, technology has made it to market that automatically classifies facial expressions. Noldus provides our clients with FaceReader™, an advanced software platform providing automatic and objective assessment of facial emotion. Based on the original “basic” emotions set forth by Paul Ekman5, FaceReader automatically determines the presence and intensity of Happy, Sad, Angry, Surprised, Scared, and Disgusted, as well as Neutral. FaceReader has been validated against human coders6, with degree of agreement ranging from 70% (Disgusted) to 99% (Happy). While much of the previous work using FaceReader has focused in psychology7,8 or food science research9,10, recent work demonstrated the usefulness of FaceReader in the consumer research field11. Specifically, the expression of Happy predicted an advertisement’s effectiveness: positive correlations were found between Happy and the respondents’ attitudes towards the advertisement (AAD) and attitude towards the brand (AB) for ads with high and medium levels of amusement, but not low11.

A drawback to using the traditional FaceReader software for consumer research is that the software must be hosted on a local computer, with respondents present in the laboratory in order to analyze their facial emotions. To address this, Noldus recently debuted FaceReader Online, which provides the researcher with a user-friendly, easily-accessible portal built around proven, reliable FaceReader technology. By capturing respondents in their own homes, FaceReader Online provides researchers with the option of gathering respondents from around the globe.

A known metric of consumer behavior is purchase intent (PI), which has long been relied upon by consumer researchers as an estimate of actual buying behavior12. Here we ask: how does FaceReader’s output compare to PI? Is it as good of a predictor as PI? Can facial emotion assessments actually replace PI as a measure of purchasing desire? In the current study, FaceReader Online was used to capture data from respondents around the United States as they watched a variety of advertisements. Afterwards, a PI measure was taken and correlated to the expression of Happy, as it was hypothesized that a) Happy could predict and correlate with PI, and b) ads that performed better would also have higher PI and greater expressions of Happy.

Respondents were recruited via Survey Monkey. 22% of those invited responded, with 113 people total completing the study. Respondents varied in age from 21-65 and were split across gender. The only exclusionary criteria included were requiring that no respondents wear glasses and all must have a webcam attached to, or embedded within, their computers.

After a few brief introduction slides requesting permission to use the webcam, verifying age, and lack of glasses, respondents were shown one of eight ads. Each ad originally aired at a SuperBowl from 2009 to 2014, and ranged in category (consumer package goods, household needs, food and beverage), as well as known market performance13. Each respondent saw one ad, with a final n=13-15 for each video. Ads were randomly presented to respondents via FaceReader Online, randomized across age and gender. Videos were not taken of respondents; FaceReader Online used the respondents’ webcams only to gather facial expression data and analyze it online. Immediately after playing the advertisement, a Purchase Intent (PI) measure was taken. A short survey appeared asking respondents if, based on the advertisement seen, they would be likely to purchase that product within the month. The traditional 5-point Likert scale was used14.

FaceReader works in 3 simple steps, in both the original version15 and subsequent releases16. The software detects the face and creates an accurate model of the face based on the Active Appearance method17. The model describes over 500 key points on the face, and facial texture is determined by how those points interact with each other. The actual classification occurs by comparing the current facial expression of the respondent against an artificial neural network18 that is trained with a database of over 10,000 manually-annotated images. For each frame, FaceReader provides a value from 0 (not present at all) to 1 (maximally present) for all 7 emotions (Happy, Sad, Angry, Surprised, Scared, Disgusted, and Neutral).

FaceReader Online uses FaceReader technology, but data is analyzed using Microsoft Windows Azure cloud platform instead of running on a local computer. Analysis is then carried out in the cloud using the same model and classification described above.

FaceReader Online is a robust platform

Despite potential differences in lighting, web cameras, and camera placement in respondents’ homes, there were no significant differences in number of frames analyzed across advertisements (average per person per ad was 415 +/- 11). All respondents had fewer than 11 % missed frames during analysis, with no ad having significantly more missed frames than any other ad. 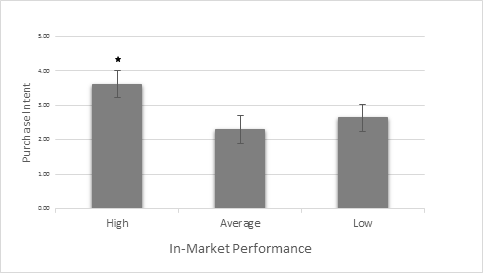 Using a multiple regression analysis, we determined that Happy, unlike any other emotion, significantly predicted PI (β = .58, p<.001; data not shown). Furthermore, as shown in Figure 3, Happy and Purchase Intent correlated in the same way with High-, Average-, and Low-performing ads. 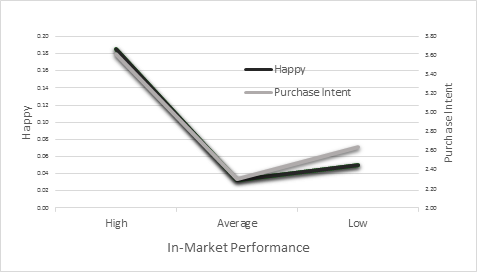 Figure 3: Ad performance as a function of Happy expression and Purchase Intent.

Taken together, these data demonstrate that the Happy expression is a valid predictor of PI and that an ad’s performance can be defined by the amount of Happy expressed during viewing. 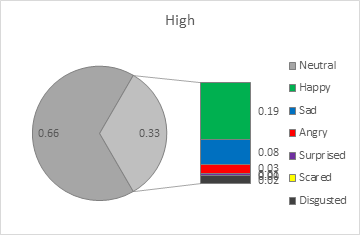 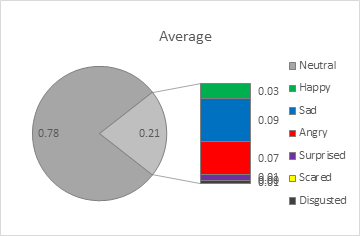 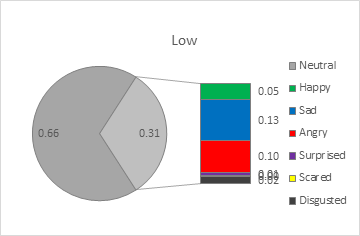 Figure 4: Overall emotional expression as a function of ad performance.

Similar to what was found previously by Lewinski et al11, FaceReader Online was able to accurately predict PI. As anticipated, viewers of High-performing ads displayed the highest levels of PI (Figure 1) and Happy (Figure 2). During the 8 advertisements presented, regardless of the performance of the ads, Happy was the only measured emotion that could predict PI, based upon a linear regression analysis.

It should be noted that while Happy was a significant predictor of PI, is not the only factor in determining an ad’s performance. For example, not every advertisement is meant to be humorous; many are meant to be taken seriously, and thus would not evoke a response of “Happy”.

Furthermore, we don’t know how ad exposure, and market saturation, could have influenced the outcomes of this experiment. Over exposure to an ad can decrease ad effectiveness over time, which could influence the emotions expressed during viewing. Finally, the halo effect, wherein the consumer’s overall impression of a brand/market can influence his/her thoughts and feelings towards that brand19 can result in an immeasurable effect upon the effectiveness of any given advertisement.

In addition to confirming the usefulness of FaceReader in predicting PI, this study also determined that FaceReader online is a valuable tool for assessing advertisement effectiveness. Even given the technical constraints of using an online platform, the data clearly show that FaceReader is a tool that is well-placed in the market as an automated, non-intrusive measure of engagement with an advertisement. Furthermore, data obtained from the software can be used to accurately predict PI by the viewer. Both the overall amount of emotions displayed, as well as the type of emotion detected by the software, can be used by the researcher to predict ad effectiveness. With this tool, Noldus has provided consumer researchers with technology that rivals older measures, such as PI, in predicting advertisement effectiveness.

2Holbrook, M.B. & Batra, R. (1987). Assessing the role of emotions as mediators of consumer responses to advertising.

4Sebastian, V. (2014). Neuromarketing and evaluation of cognitive and emotional responses of consumers to marketing stimuli. Procedia – Social and Behavioral Sciences, 127, 753-757.